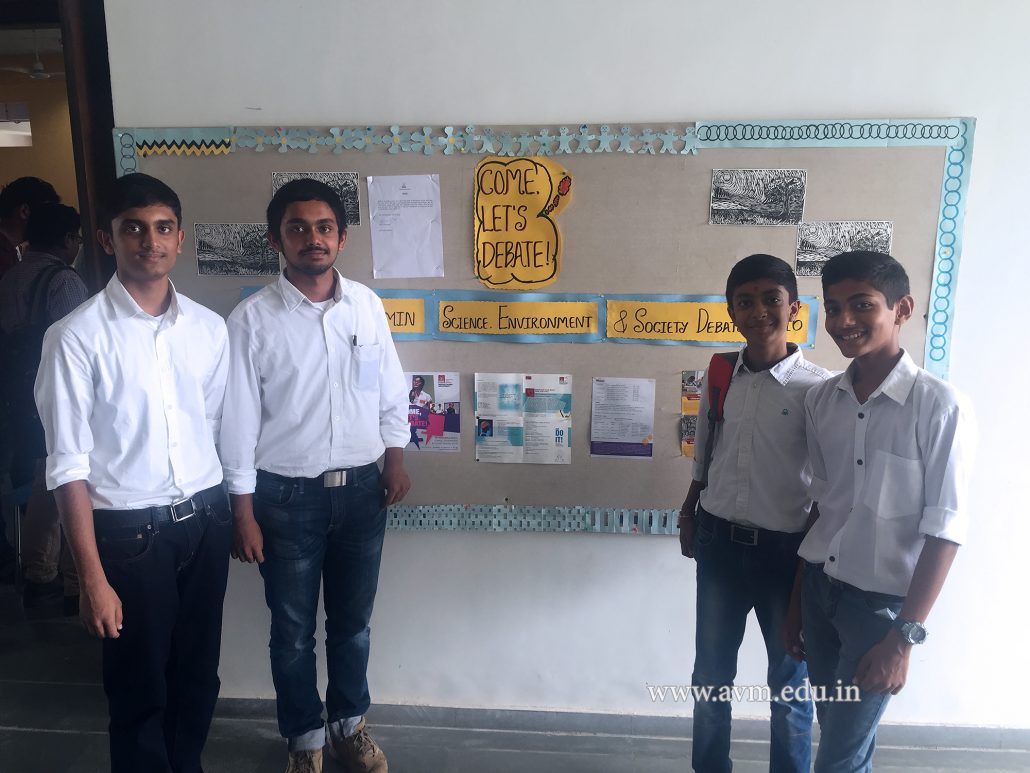 Atmiya Vidya Mandir offers each individual with opportunities to develop and test their talents. One such opportunity was given to both of us from class 9 and to Yathanshbhai Joshi and Smitbhai Patel of class 11.

On 28th July, we participated in the Dr. Nanubhai Amin Science, Environment and Society Debate Competition 2016. The competition was held at Navrachana University, Vadodara.

We formed two teams, with two of us in each team. The motion of the debate was ‘Smart cities will do more harm than good for developing India.’ Smitbhai and Yathanshbhai debated in favour of the motion while both of us debated against the motion.

All the four of us had worked very hard on doing research, reading and understanding the topic. Furthermore, working on our written speeches and our communication skills. The most important thing we tried to learn and imbibe during these days was to put forward our points firmly, yet respecting the opposition.

This effort earned us sweet fruits as we could debate well in the competition and were declared the winners in the regional round of the competition. Both of our teams qualified for the state level competition which will be held on 29th September, 2016.

As experienced by: Taarak Trivedi and Megh Rathod (Class 9)