On 24th August 2022, the students of class 10, 11 and 12 had a privilege to attend an exclusive seminar with one of India’s emerging startup founders, Mr. Anup Agarwal, who runs a startup named CaterNinja. Intelligent and successful, along with genuineness and a continuously learning attitude are some of the easily noticeable qualities we could recognize in a short interaction with Mr. Agarwal. It was a first-time experience for the students to have interacted with a young startup founder.

The webinar was conducted through an online video call from 8:30 pm to 10:30 pm. It was broadly divided into three parts. In the first part, Mr. Agarwal talked about his journey including the place he was born in, his schooling and graduation, and some of his life experiences; in which he shared hunger for excellence despite his humble background. He is a Computer Engineer, has an M.B.A. from IBS Hyderabad and a CFA. He shared with the students the importance of hard work and how it helped him to remain in the top 1% of his class during his studies. He emphasised on the importance of education and warned the students against dropping out from college to launch a company. He told the students that according to him, most of the successful founders are graduates, but the ones who have dropped out are erroneously idealised.

In the second part of his talk, he explained what a startup is and the various dilemmas that a founder faces in the early stages of a business. He further went on to discuss how a germinating founder should deal with these dilemmas and go on to follow his passion. Thereafter, he narrated his unique story which intrigued him to develop CaterNinja. He left his safe financial investment banking job and was sure he wanted to start this company because he believed that with CaterNinja he can solve the problem of quality, timely and customised catering service, with the motto of ‘Jo Dikhega Woh Milega”.

In the end there was a question-answer session. The students asked really interesting questions which were then appropriately answered by the versatile guest.

The students got a wonderful opportunity to learn some important life lessons. Firstly, Mr. Agarwal introduced the benefits of extensive research to the students. He also added that depending on Google for acquiring knowledge is not sufficient, and that’s where good books and reading widely plays a vital role in life. Secondly, he drew students’ attention towards recovering from their mistakes. He said, “Recover from your mistakes as soon as possible and learn from them because you have finite resources and finite time. And tools such as meditation, prayer and teamwork can help you recover rapidly.” Lastly, he emphasised on gaining practical knowledge to be successful.

Overall, it was a great learning experience for the students. It gave them deep insights into the thought process of choosing a career. The students were inspired to work extremely hard and do thorough research which could help them achieve great heights in life. 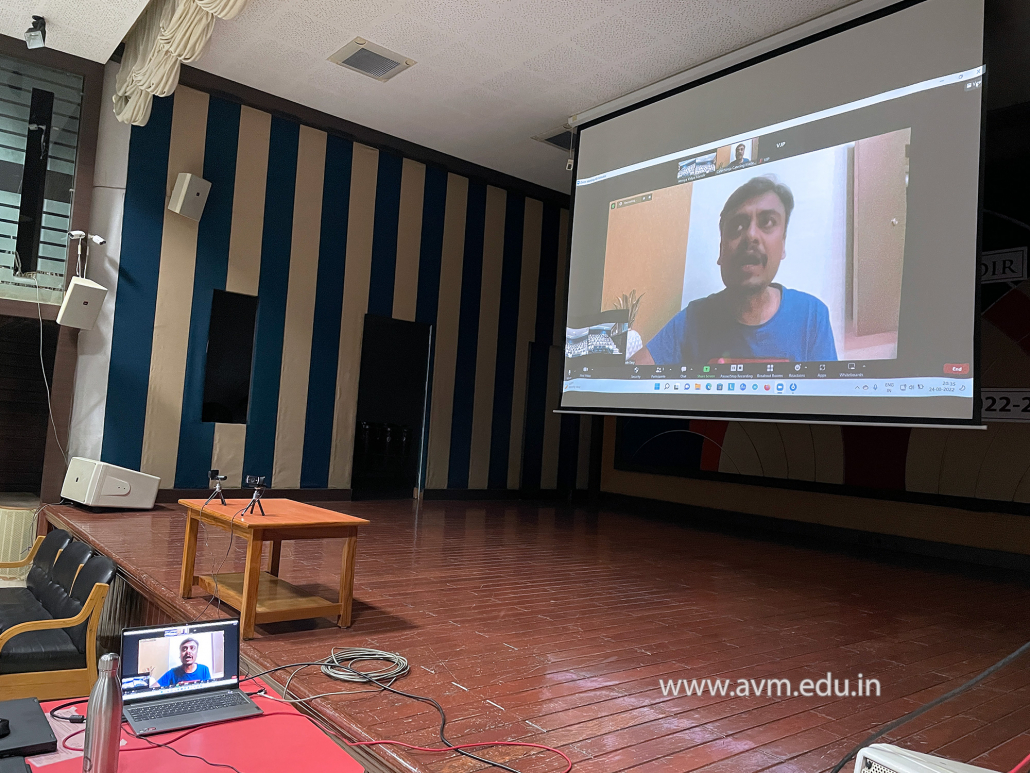 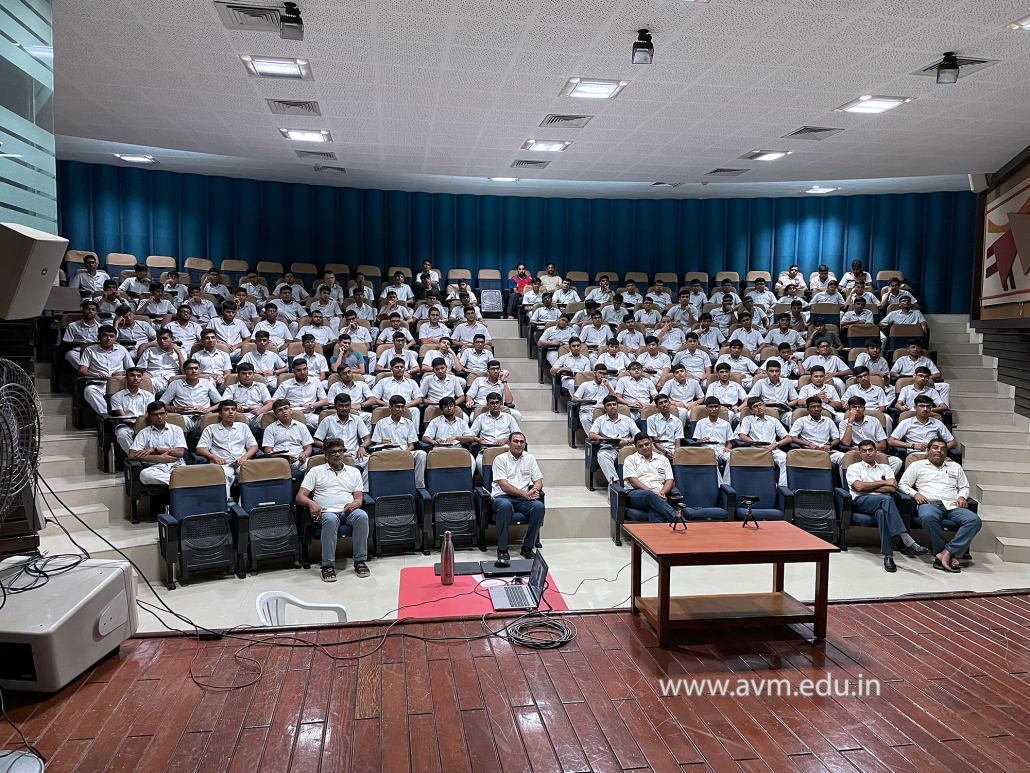 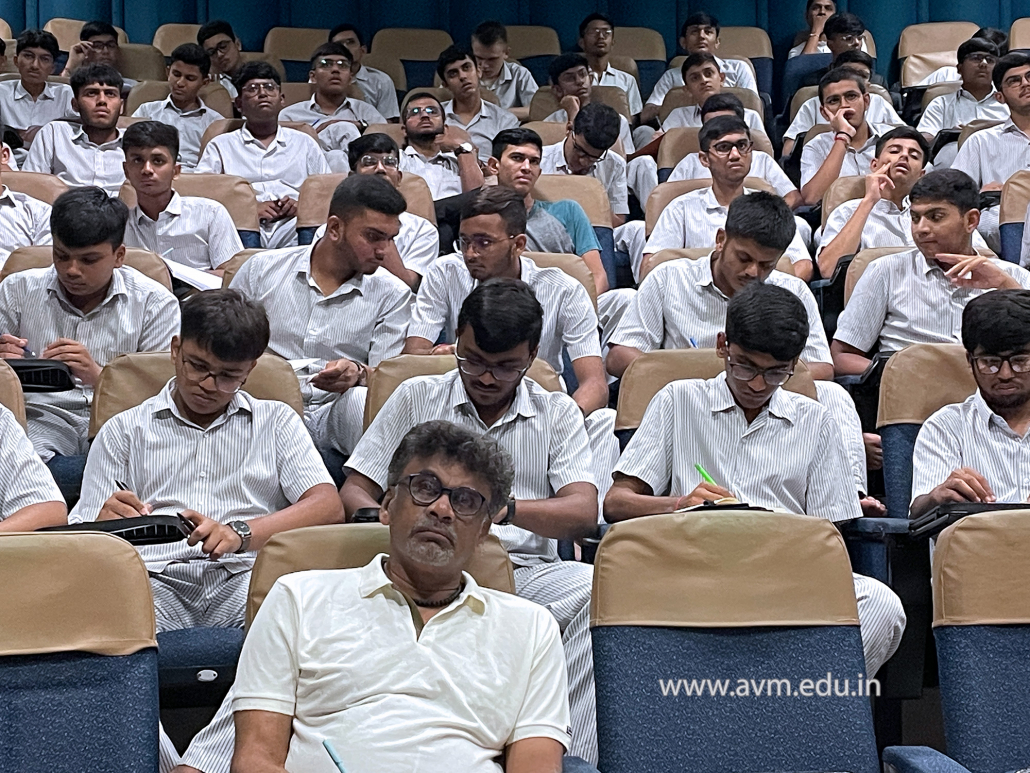 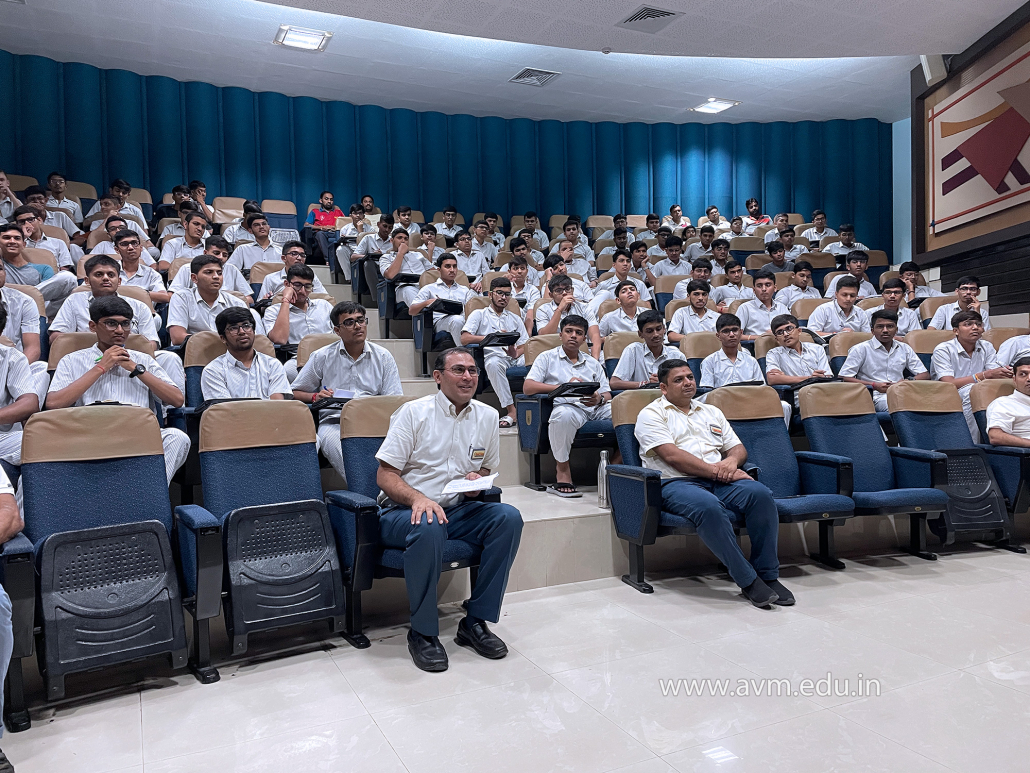 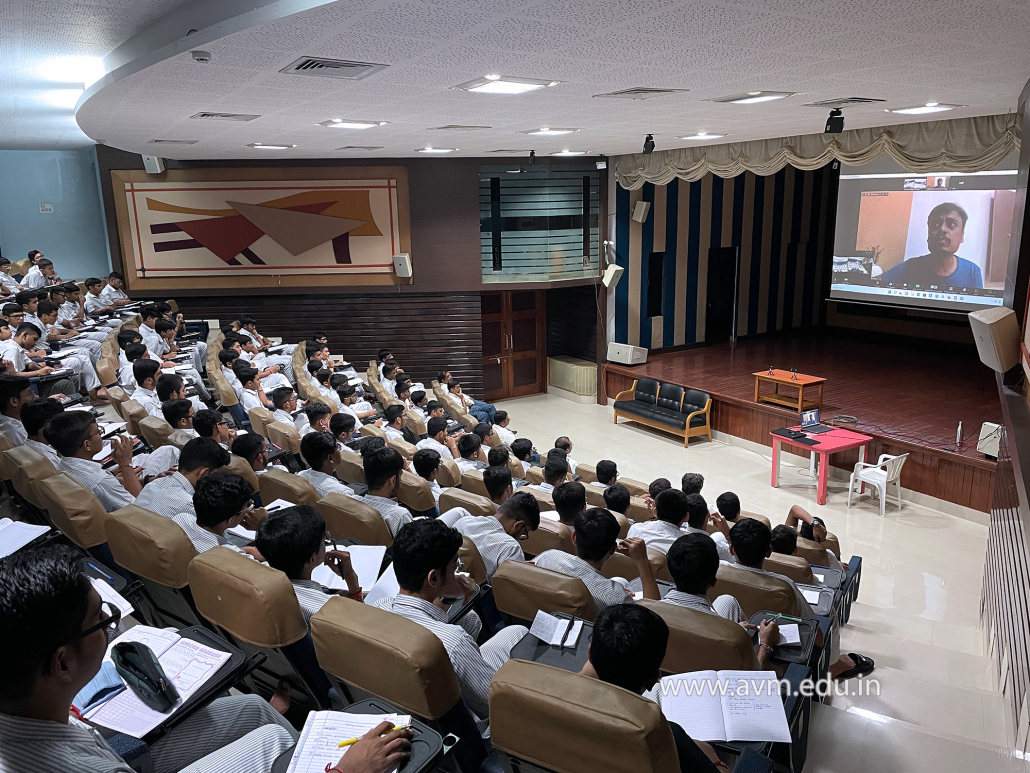 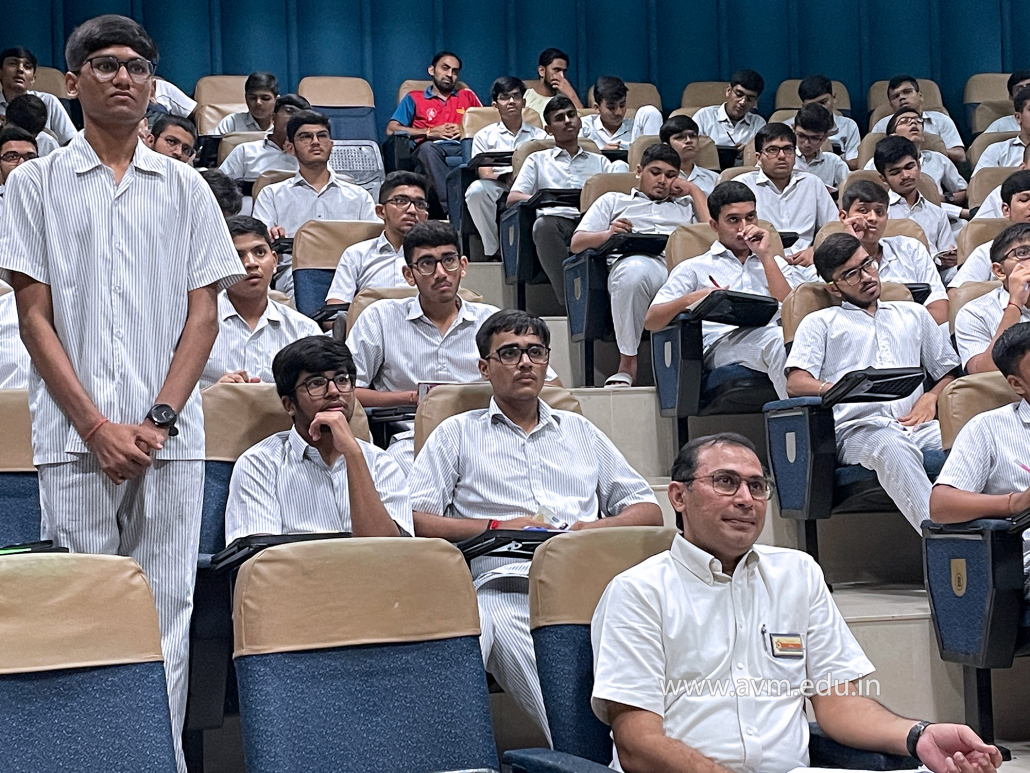 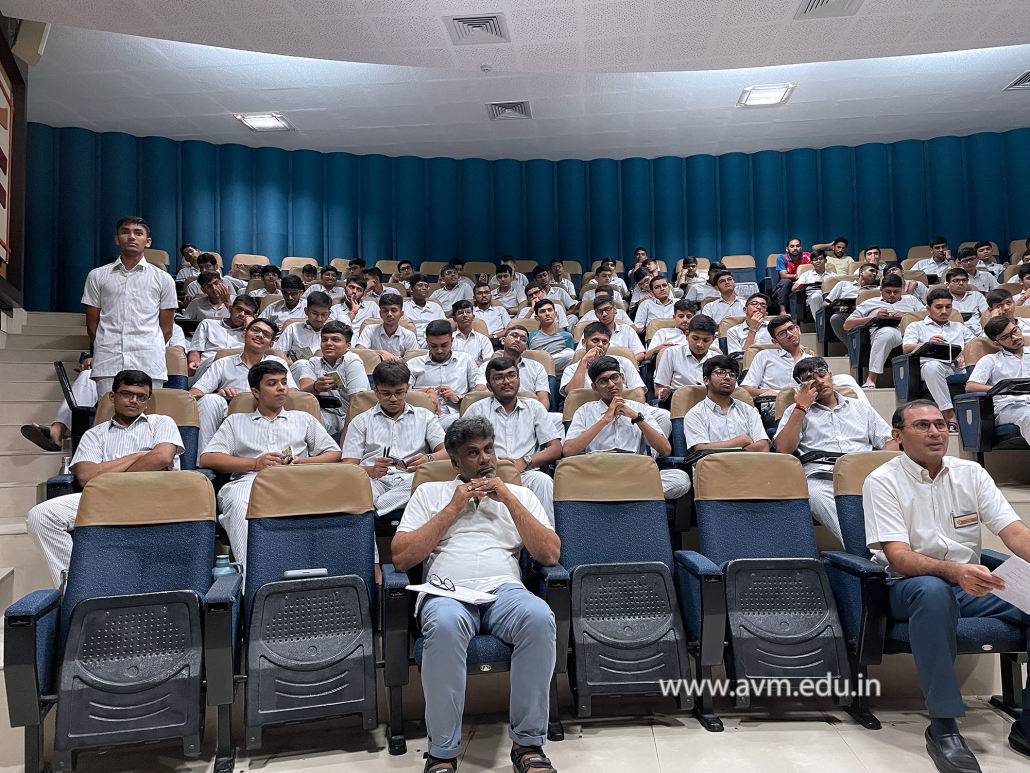 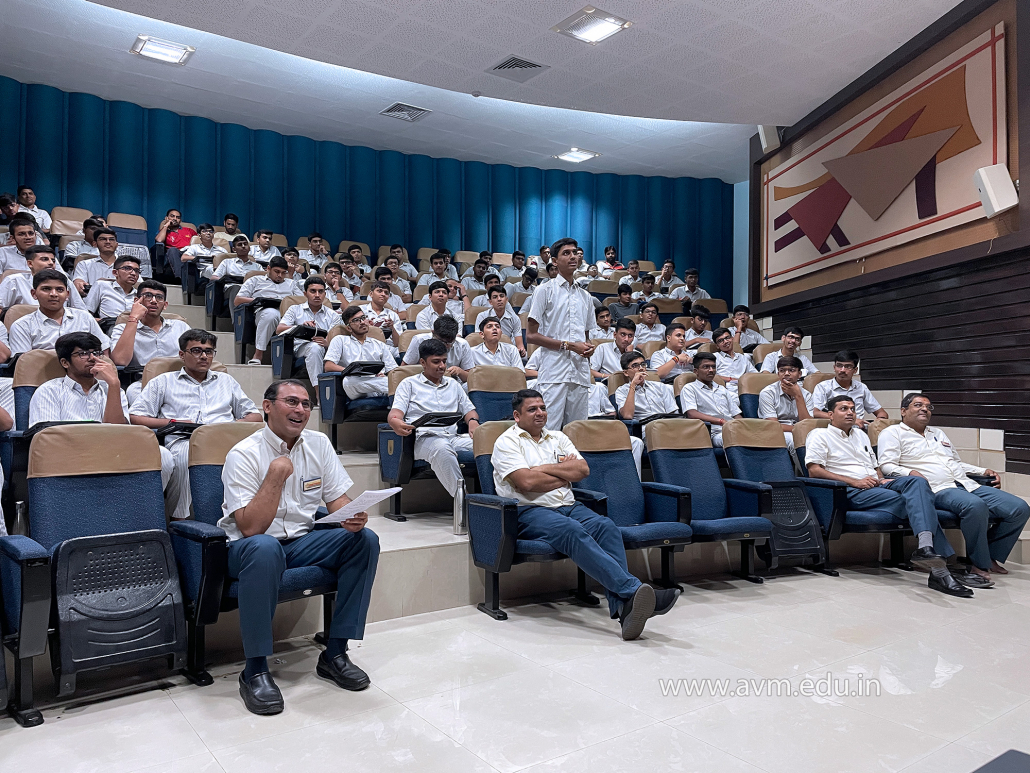 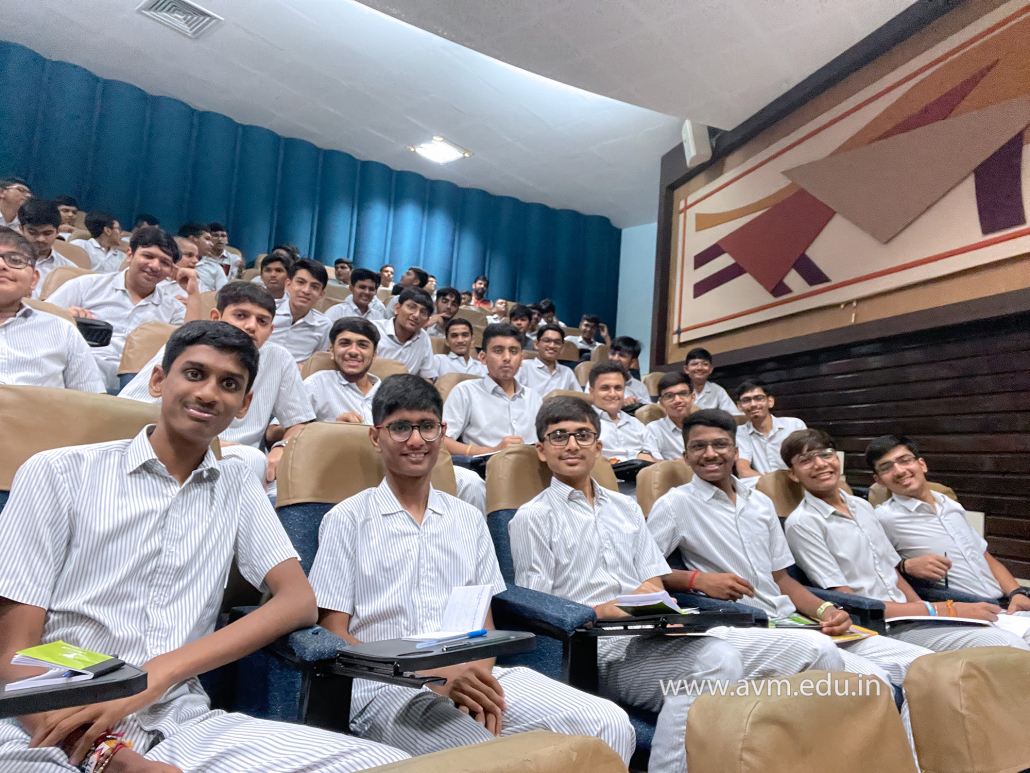 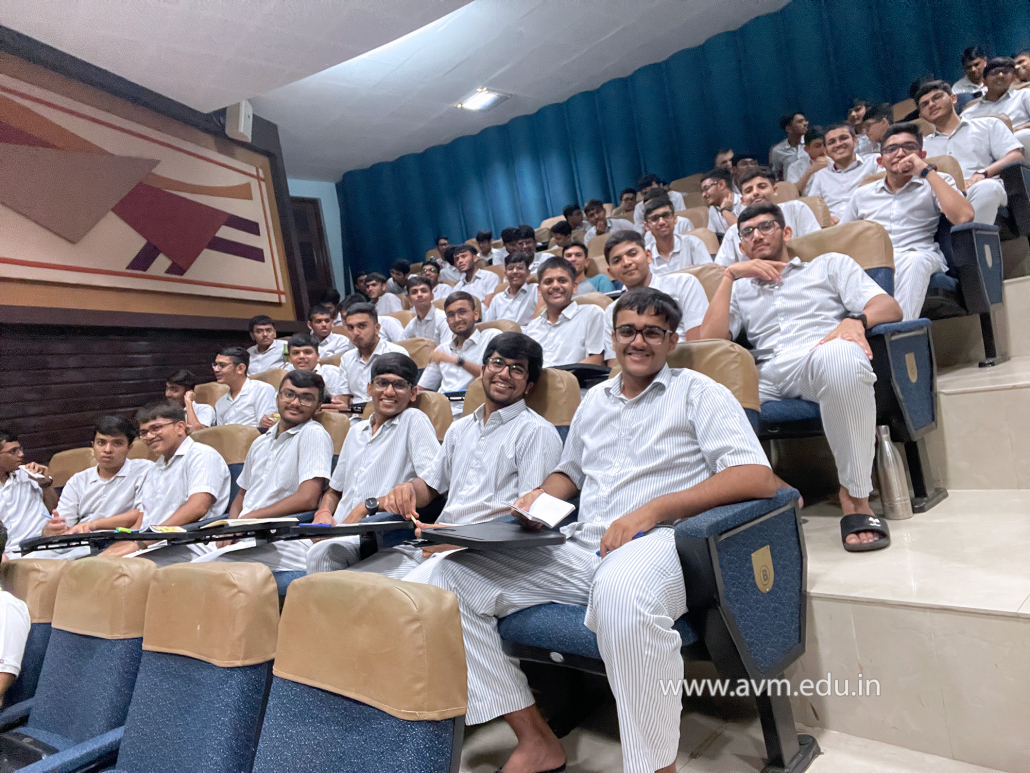 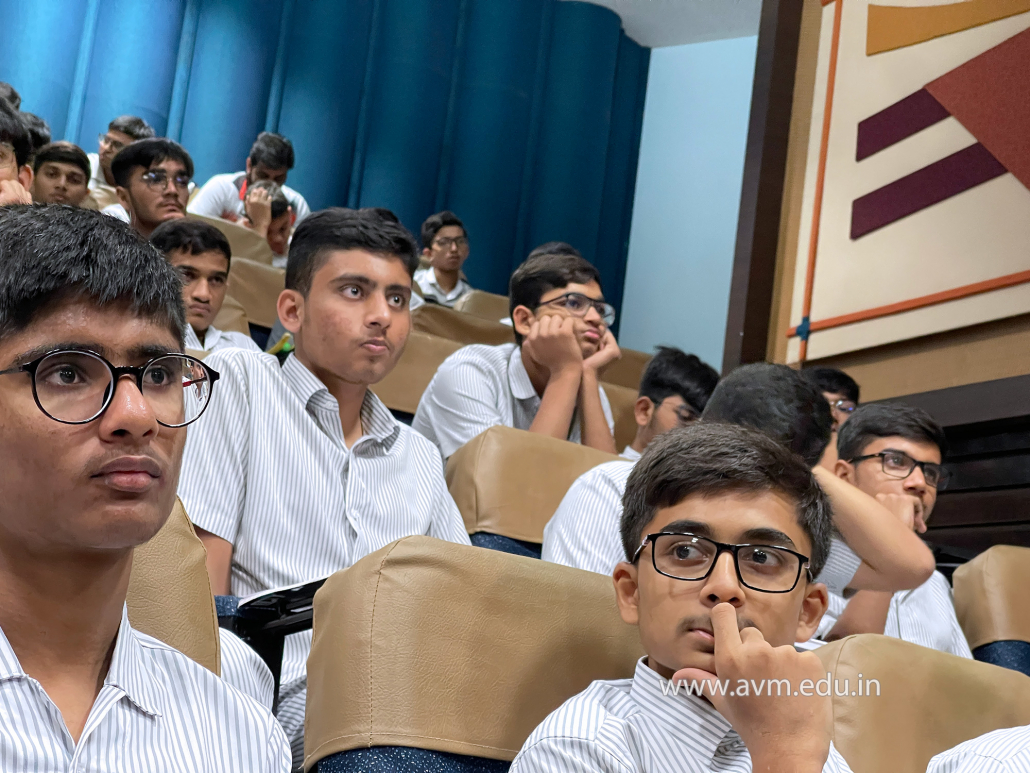